The ecommerce industry has seen a lot of growth since its onset and it doesn’t look like stopping anytime soon. What started in the United States some time ago has gradually grown significantly in Asia. The likes of Alibaba is giving Amazon a serious run for its money.  Worldwide retail e-commerce sales reached $2.290 trillion in 2017, some 10.1% of all retail sales, and are set to hit $4.479 trillion by 2021. This is an industry that has helped bridge a lot of gaps, online stores unlike physical stores are open to everyone that can access the internet no matter your geographical location. While many markets are already well developed, there’s still a huge potential audience to be reached and some exciting up-coming trends will help to reach them. Exciting and developing new markets like Southeast Asia, the Middle East and Latin America are set to take off in a big way and new technologies are likely to cause a huge shift in the way companies to market their goods online. Below are some shifts that may likely trend for time to come in ecommerce.

It is no longer news that most individuals access the internet “on the go” and online shopping is no different. Research has shown that people who shop regularly do that using their mobile phone and this will be a significant shift in ecommerce. Mobile will reach 70% of e-commerce traffic by the end of 2018 and more and more people will purchase via their mobile devices. According to Goldman Sachs forecasts, mobile commerce revenue in 2018 will equal the total e-commerce revenue for 2013, some $626 billion. Companies like Google, Samsung and Apple are making it even easier with advancements in mobile payment technology which will make mobile check out the preferred method of payment for many customers. For example, in the U.S., Starbucks already sees 10% of orders via their Mobile Order and Pay app.

This generation of people wants things easy and the use of written language may not really stand the test of time. There’s an app that searches for the title of a song by simply analyzing a line played from the song. All you have to do is open that app when the song is being played and you’ll be given results. Ecommerce is very likely to shift in that direction as individuals will begin to shift towards the use of voice searches as against written words. Mobile phones these days are actually in support of it as most of them have a voice assistant feature that enables the phones to perform certain commands using voice control.

People are also beginning to realize the amount of traffic they can get through the use of social media and ecommerce will also shift in this direction. This is because social media when used as online shops are cheaper, have a lot of traffic and potential buyers and also enables people to have fun while doing business. These social media platforms mostly if not all of them have an application which makes them user-friendly. This has encouraged individuals to subscribe to their services. These social media application now come with business features. Instagram now gives you the feature of creating a business profile, WhatsApp also helps to personalize the account you already have to suit your business by automatically replying your messages so that your customers think you’re always online.

Augmented Reality and Use of Multimedia

Before now, videos were usually used to advertise businesses. They were usually pop-ups that carried information about the product or services. Instructions and manuals are also going from the usually written form to audio-visual form. The use of augmented reality is also gaining acceptance. You can now use your phone to examine how a piece of furniture would look like in your room without having to bring it into your room.

There will also be a shift in competition as people are now beginning to realize the potential of ecommerce development and there is a significant increase in the number of investors and as such, it should be expected that more online shops will be established. Individuals are also beginning to understand how importing and exporting works. Their eyes are now being opened that you don’t need to be a billionaire to operate an online store, that all you need is the necessary and substantial information. 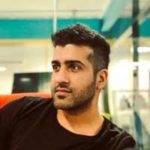 Junaid Ali Qureshi is an eCommerce entrepreneur with a passion for tech and marketing. Some of his current ventures include Elabelz.com, Progos Tech, Titan Tech, and Smart Marketing.

Top 100 Ecommerce Influencers In The World

Hey eCommerce Folks out there! Developing a business in the online eCommerce world from a scratch is a journey that many people before you have decided to take. If you’re an eCommerce merchant, enthusiast, upcoming startup owner and want to learn about the eCommerce world, then you should follow these 100 experts because these folks […]

Are you looking for ways to increase traffic to your website that could ultimately help your e-commerce sales to flourish? You have come to the right place. This article will help you to comprehend the top 12 SEO practices in the easiest and actionable ways that will definitely give rise to your e-commerce sales. So […]